by Sunset Host Co
You are here: Home / BM / Christians Health & Technology: The Mark of the Beast – Closer Than You Think.
Like

(ThyBlackMan.com) What you are about to read is to inform and prepare you, not to scare you and not to entertain you. I guess I would consider myself more of a Jonah who finds himself not so enthusiastic about sharing an important message with so many of you Nineveh-type thinkers. Still, here I am, doing what I am supposed to do. Those of you who can hear will hear. Those of you who cannot (or will not) will find out the prophetic truth happening all around you soon enough – the hard way. My hope is that more of you are the former than the latter. But for those who cannot hear, will not hear or plan to criticize this article, so be it. My caution to you is to look up because it’s raining outside, the door to the ark is about to close and you don’t have a seat inside.

Today I write what God gave me to write. What God told me to write. What God required me to write. I have added the research just to show you how on point this alarm bell is. The Mark of the Beast is closer than you think and the so-called, self-proclaimed prophets of the “church” today are largely dead silent. Why? They are more of profits than prophets, concerned about their popularity and trading the hard truth for building likeable and profitable reputations that can be monetized. That was never what the prophets of old were about, not the real ones anyway. So while I am not claiming to be a prophet, hear these words of prophecy from a vessel being used by God – and hear them well. Clearly God uses whom He wants to use and who is willing or unafraid to be used. 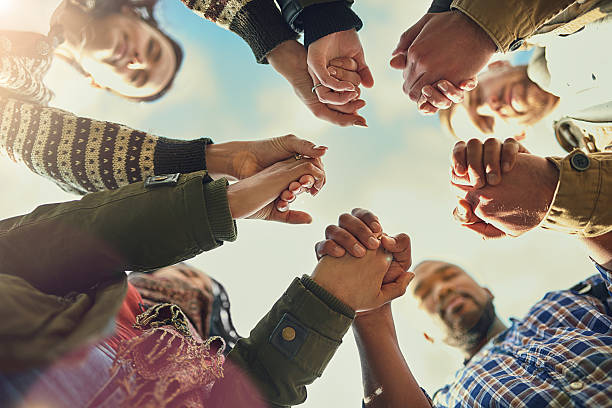 WHEN THE “PROPHETS” WILL NOT SPEAK, GOD WILL SPEAK THROUGH OTHERS WHO WILL

The mark of the beast spoken of in the book of Revelation is literal and real, not just a spiritual experience. Neither an analogy, nor a metaphor. The original Greek etymology of the word “mark” used in context in the Bible is the word “charagma”, which means a literal mark. Not a mindset, not a culture and not any other nonsense that people have speculated about, created to throw you off track or formulated to amaze you. So yes THE “mark of the beast” is coming, and for those who refuse it, you will not be able to buy or sell anything. But what do you need to know about this mark RIGHT NOW, TODAY?

We who are Children of God are told to be in this world but not of it because satan runs and controls the world system. Thus the more you become a part of that system, the greater influence, hold and control satan gains over you. Children of God are told not to conform to this world, but many forget and long for the worldly ways, so they conform anyway. Being so close to the worldly appearance and mindsets, that it is hard to tell them apart. So closely aligned with the world system and dependent on it that the “ruler of this world” becomes their master because they depend on what his system gives for their very survival. Not good. Not at all.

So here we are today. For those of you who say you would refuse the mark of the beast, did you have the courage and insight to refuse the Covid-19 vaccine? Better yet, what if the mark was a requirement for you to travel, receive your healthcare benefits, social security, food stamps, WIC, access to your bank account, your 401K or pension plan? Would you take the mark? Sad to say, many of you would – and much of today’s church would be leading the way. Just like it did with the Covid-19 vaccines. All the while, two serpents are staring them right in the face. Two serpents wrapped around a stick and guess who may be the stick?

But for a moment let’s talk about the framework necessary for the cashless system that is already moving in that direction (with cryptocurrency out front) to pave the way for the mark of the beast. For the global network to implement the mark of the beast, a system must be in place that can track practically every human being on this planet. Certainly at least in all cities and townships. A system that requires a massive database of names and addresses. The only way that can be done is with computers. The largest, most unopposed tracking database in this history of the world was put in place when the man-made Covid-19 pandemic and its vaccine counterparts happened from 2019-2023, and still growing. This happened so smoothly than the serpent who is satan used the medical industry symbolized by two serpents wrapped around a stick to put it all in place in plain sight. And most of the “church” not only failed to recognize what was happening, it failed to warn the people – instead it participated in recruiting clueless participants and promoters for the bite of the caduceus. The blind leading the blind.

So let me say this clearly. The mark of the beast WILL come through the medical industry, backed by science, supported by governments, tracked by regulatory agencies you trust (CDC, FDA, HHS, WHO, Johns Hopkins University etc.),  backed by names you know (Elon Musk, Bill Gates, Apple, Oracle) and some you don’t (quantum dot tattoo). This mark will seem to make complete sense and thus most people won’t resist any more than they did when hundreds of millions of “zombies” took the Covid-19 vaccines and booster after booster after booster.

And before you say 060606 is not the same thing as 666, stop yourself. It’s no coincidence and it’s more than close enough. Especially when Gates said openly at a TED conference that “if we did a good job using vaccines and other things, we could reduce the world population by 15%”. That is Eugenics, population control also a part of the new world order plan. A plan where the “undesirables” in society are targeted. And guess what you would be if you don’t go along with the program, including the mark? An “undesirable”. So who is connected to the beast and the number of his name? The same Microsoft controlled by Bill Gates. The same Bill Gates whose foundation participated in creating the vaccine Quantum Dot Tattoo, a mark for those who have taken the vaccines. Connect the dots people. The mark of the beast and the number of his name is 666. And stop expecting satan to knock on your door holding a pitchfork, say his name and tell you he is there to get you?

Still, the plan for the mark of the beast must include the backing of the U.S. Military. And take a wild guess who has his hands all up in both the medical industry and the military? Bill Gates via Microsoft. Read for yourself from the United States Department of Defense:

Microsoft Corp., Redmond, Washington (HQ003423D0020), is awarded a hybrid (firm-fixed-price and time-and-materials, indefinite-delivery/indefinite-quantity) contract with a ceiling of $9,000,000,000.

The Covid-19 pandemic was a trial run. An exercise in population control and manipulation. A medical experiment. A socio-psychological experiment to gather behavioral data – and learn how to influence behavior. An experiment in perfecting a fear machine. An experiment in perfecting a propaganda machine that suppressed the truth. A trial run of the massive database I spoke of earlier. A trial run of filling the body with programmable nanotechnology using vaccines. All of these things must be in place for the coming mark of the beast to operate at peak proficiency. And even as you read this article, the plans are moving forward.

But wait, here comes an even bigger player. While many of you were distracted by the pandemic, Elon Musk got approved to launch 5G satellites using his SpaceX program, placing these devices all around the planet. Big Brother has become a giant and he now controls Uncle Sam from space. And if you think all the billions spent on 5G (up to 10G now actually) was to give you free services so you could stream and download your data faster, you are sound asleep. 5G network, Alexa, Google, Facebook, Neurolink (by Elon Musk), Twitter, OnStar and a bunch of others you don’t know were all set up to get inside your head, your life, track you and build a profile on each of you. A massive algorithmic database profile that can be used when the mark of the beast is implemented.  And what did most of you do? You gave them all your information, told them all your activities and habits and who your friends and family are.

Combined with your medical database files, especially for those who took the vaccines, the information in your profile becomes quite complete, trackable and effective. Algorithms, hmmm. And most of you never even wondered what the real reasons might be. Nor did you read the term of the user agreements. All of this is happening in plain sight and most of you still don’t have any idea how the trap is about to be sprung with you in it. Let me ask you a question. As convenient and trojan horse helpful as the interNET seems to be, what is the primary purpose of a NET? One more question. The world wide WEB, hmmmm. What is the specific purpose of a WEB? Think. Both the net and the web are grids to trap and ensnare those inside of them. Both are part of the groundwork (and network) necessary for the mark. Is any of this clicking yet? Your smart TV is smarter than you think and your cell phone you carry everywhere relays that information, converting all of the above into a predictable, controllable, behavioral profile.

SELF-SEEKING, LAZY, CONFORMED TO THE WORLD AND PROFIT-MOTIVATED

Why don’t so many people connect the dots? You see, satan, the illuminati, the NWO or the puppet masters (or whatever else you want to call him and his team) think on a global scale and plan over a massive block of time. The clock is ticking and ticking and ticking. Then suddenly tick, tick, boom. So I tell you this. You cannot simply dismiss what you fear or don’t want to accept. You cannot label it “conspiracy theory” just because you weren’t paying attention, don’t understand or have not read the proof. The mark of the beast is coming. I will not say today or tomorrow. But when it hits, those who are not prepared will be the first to be sucked into an outcome that does not have a happy ending for them. Just remember, people laughed at Noah until the blue skies went away, it started to rain and the ark door shut. What if I am wrong about all of this? I wish that were the case. But a better question for you is what if I’m right? Just remember this day, you have been told.

A Free Thinker, who loves to talk about Politics, etc. Also, all about uplifting the Black Community even if it doesn’t fit your mindset. One may hit me up at; TrevoCraw@ThyBlackMan.com.